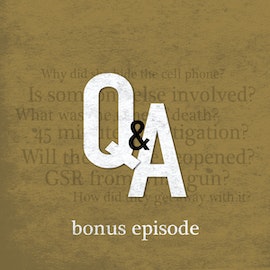 In this episode we re-examine Dylan’s alibi through his interview with investigators with a new time of death in mind based on Dr....
Let's Go!

Culpable explores unsettled cases where the people who seem deserving of blame have somehow eluded justice. On February 26, 2014, Christian Andreacchio was found dead in the upstairs bathroom of his apartment from a single gunshot wound to the head. After a mere 45-minute investigation, local police ruled his death a suicide, despite substantial evidence that points to Christian’s death not only being a homicide, but premeditated murder. Host Dennis Cooper investigates and shares a compelling story about this suspicious death, the questions surrounding it, and a grieving family’s ongoing fight for justice.