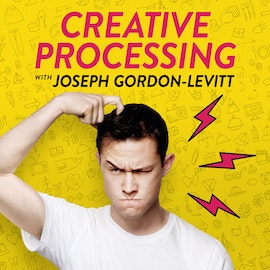 “To me, it's not about really external/internal. It's about a pipe between me and others...I have all these thoughts and I want to express them all, but people are not always ready to receive them. Then when you get together and express something...sometimes I can find a pipe where we can connect.” -Yuka HondaMy guest this week is Yuka Honda- a musician, composer, producer and all around fantastic artist. She’s one half of the duo Cibo Matto, and has worked with a range of musicians: from well-known artists such as the Beastie Boys, Yoko Ono and Sean Lennon, to lesser-known but no-less-incredible artists such as Petra Haden, Mike Watt, and Medeski Martin & Wood. Her latest work is a multi-media operatic theatre piece called No Revenge Necessary. She’s done so many great things over the years, and is a dear friend whom I was excited to sit down and have a conversation with. For this episode, Yuka and I explored a question from Melissa Hui from San Francisco, CA. Melissa asked, “How much of creative expression is for ourselves vs. others?” We talked about how ideas, images, and feelings take the shape of clouds inside of our heads. When collaborating, Yuka looks to create a pipe connecting her ideas (or the clouds in her head) to the clouds in other people’s heads. And to wrap off our incredibly uplifting/poetic conversation, we answered a question about what we would do in the face of death. If you have a question about the creative process, that you think would spawn a good conversation on this show, ask me on Instagram, Facebook, or Twitter tagged #creativeprocessing, or by emailing creativeprocessing@hitrecord.org. New episodes are coming out every Tuesday through October 22, 2019. ------ABOUT THE GUEST: Yuka C. Honda is a musician/producer/composer/performer. Residing in New York City since the mid-1980s, Honda is best known for the band Cibo Matto. Honda has released three solo albums and has produced recordings by Sean Lennon, Martha Wainwright, Yoko Ono Plastic Band, and Cibo Matto. Currently Honda has been performing and recording with CUP (duo with her husband Nels Cline) as well as with her solo entity Eucademix and ON/IN, a duo collaboration with Akio Mokuno. ------ SELECTED LINKS FOR EPISODE: Connect with Yuka Honda:Instagram: @EucademixFacebook: @Yuka C. HondaTwitter: @YukaCHondaYukaCHonda.comYuka’s Art Mentioned:No Revenge Necessary (Original Multimedia Opera composed and directed by Yuka Honda)People Mentioned:Cibo Matto (Band with Yuka Honda + Miho Hatori)Beastie Boys (Hip Hop Group)Yoko Ono (Musician) Sean Lennon (Musician) Petra Haden (Violinist) Mike Watt (Bassist)Medeski Martin & Wood (Band)Marc Ribot (Guitarist)Caetano Veloso (Composer)Vincent Gallo (Actor/Musician)Jamie Foxx (Actor)Nels Cline (Guitarist/Composer)Venues Mentioned:Knitting FactoryNational Sawdust

“I want to be transparent that any image with an agenda (which is actually most images) is a form of propaganda. It’s just whether you...
Let's Go!