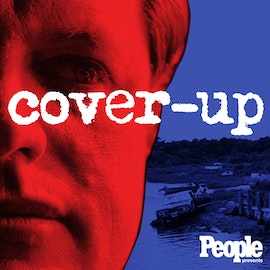 President Nixon had been in office nearly seven months at the time of the Chappaquiddick accident but he viewed Ted Kennedy as a potential threat to his political future. So he sent his private investigator to dig up some dirt, a man who may have known more about Chappaquiddick that anyone else. Learn about his secret investigation and hear from one of the the Senator’s closest confidantes, whom he called in the early morning hours after the accident. To continue the discussion, join our Facebook group to share your thoughts and theories or reach us directly at coverup@people.com. And for more on the case, go to people.com/coverup.

Many people say you can’t understand Chappaquiddick unless you understand the effect of Bobby Kennedy’s death on his younger brother,...
Let's Go!

Swept Under the Rug

The investigation into Chappaquiddick was cloaked in an atmosphere of threats, fear and intimidation. The attempt to have Mary Jo...
Let's Go!

A presidential hopeful crashes his car in the middle of the night and leaves a young woman to die. What transpired in the hours after Ted Kennedy’s car went over the bridge in Chappaquiddick changed the course of American history. Nearly 50 years later, everyone has a theory yet no one knows the truth. Follow the investigation and hear from those who lived through it in this series from People magazine and Cadence13.