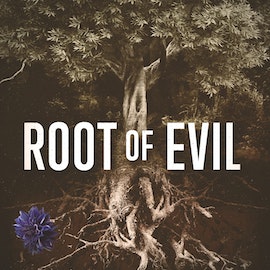 Introducing Root of Evil: The True Story of the Hodel Family and the Black Dahlia

Introducing Root of Evil: The True Story of the Hodel Family and the Black Dahlia

Introducing you to a new podcast coming soon called Root of Evil: The True Story of the Hodel Family and the Black Dahlia. When Elizabeth Short, also known as “The Black Dahlia” was brutally killed in Los Angeles in 1947, it gripped the entire country, and became America’s most infamous unsolved murder. The case remains officially open, but many believe Dr. George Hodel to be the killer, thanks to the investigation by Hodel’s own son. For the first time ever, using unearthed archival audio and fresh interviews, the Hodels open up to tell their story, and the harrowing legacy of Dr. Hodel that has lasted generations. It turns out that this famous murder is only one of their awful family secrets. Through 8 episodes, sisters Rasha Pecoraro and Yvette Gentile will take a deep dive into their family history to try to figure out what really happened, and where do they all go from here? Subscribe now.

Former NFL quarterback Steve McNair was found murdered in his Nashville condo. After just four days of investigating it was ruled a...
Let's Go!

A presidential hopeful crashes his car in the middle of the night and leaves a young woman to die. What transpired in the hours after Ted Kennedy’s car went over the bridge in Chappaquiddick changed the course of American history. Nearly 50 years later, everyone has a theory yet no one knows the truth. Follow the investigation and hear from those who lived through it in this series from People magazine and Cadence13.