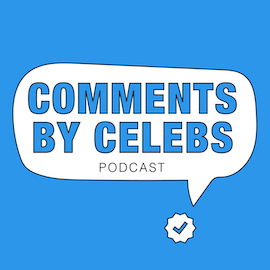 Bravo Bonus Ep: It's Not About The Pasta ft. Jerry O'Connell

Bravo Bonus Ep: It's Not About The Pasta ft. Jerry O'Connell

BONUS EPISODE. Bravo enthusiasts, rejoice. The CBC girls are joined by Bravo expert and host of Bravo’s new show, ‘Play By Play,’ Jerry O’Connell. At 5:45, Jerry discusses his new show, and how the idea came to be. At 15:39, he breaks down the infamous TomTom Yelp review (a @commentsbycelebs classic.) At 17:43, Jerry compares going to TomTom to going to Disney world, singing a rendition of The Little Mermaid’s ‘Part of Your World.’ The Rapid Fire Question round begins at 27:52, and his famous bravo impressions take place around 27:52 (hint: James Kennnedy is a classic.) At 45:18, Jerry gives his reasoning for being #TeamCarol. This one is for the Bravo obsessed.

The girls of CBC are back again this week to break it all down. At 7:17, they discuss Ariana’s touching tribute to Mac Miller, and the...
Let's Go!

No One Puts Gary In A Roundup ft. Gary Janetti

Ladies & Gentlemen, this is the episode we’ve ALL been waiting for. The girls of CBC are joined by the man behind the Prince George...
Let's Go!