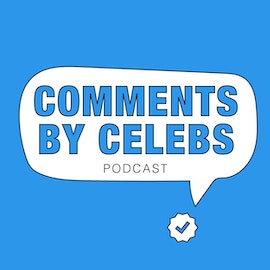 The girls are back from break! Today they are joined by special guest Simon Huck, who is here to break it allll down. Emma & Julie start it off by telling the hilarious story of Simon’s CBC history (hint: he blocked them in 2017.) Content kicks off with the news/instagram section, citing some major events that happened in the world of celebrity since they’ve been gone (Miley/Liam, Andy Cohen becoming a father, Kourt/Scott/Sofia in Cabo, and the list goes on..) Gwyneth Paltrow and Gab Union took home the gold this week for funniest comment & best clapback of the week. Of course, the Kardashian recap was stocked this episode, as Simon is as Kardashian adjacent as it gets. The episode concludes with a Q&A, where Simon goes deeep.

Another crazy week in the books. Emma & Julie break down the nominations (and notable snubs), a new Hollywood romance, and more. A lot...
Let's Go!

In their second episode of 2019, Emma & Julie are back to keep you informed on what’s going on in the world of pop culture. The news...
Let's Go!