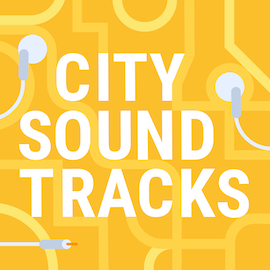 Spoon first formed in 1993, when Britt Daniel met Jim Eno in a recording studio in a basement at UT Austin. Over 20 years later, Spoon has released 9 albums including their most recent record "Hot Thoughts". Britt and Jim sit down with host Hrishikesh Hirway to take us on a tour of Austin, Texas. They share stories about their arrival in town, venues old and new, their home studio, and their motel hideaway for writing music.This podcast is made possible by Google Play Music. Search “City Soundtracks” in the Google Play Music app to instantly stream a playlist curated by Spoon and inspired by Austin.This episode features songs by Spoon, Alien Beats, Tear Dungeon, and Dale Watson. This show is produced by Imprint Projects and Pineapple Street Media, edited and mixed by Ann Heppermann.

Kehlani grew up all over the East Bay, and studied at Oakland School for the Arts. She is only 21 years old, but already has an...
Let's Go!

Big Freedia, Queen of Bounce, is a musical ambassador of New Orleans. She has helped this local, underground scene turn into a national...
Let's Go!

City Soundtracks by Google Play Music is a traveling conversation about the people, places and moments that shape our musical lives. Each episode features an artist and a city. Host Hrishikesh Hirway invites musicians to lead listeners on a tour of the city through conversation and music.