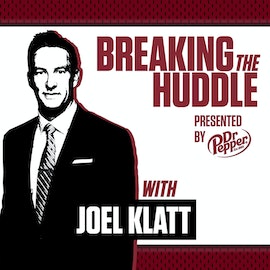 Joel Klatt is back discussing a serious epidemic that's sweeping the college football nation: dropping the ball before the end zone. Plus, Ohio State dominates OU - what are we learning about how good Ohio State is, and what is going wrong with Bob Stoops and the Sooners? Lamar Jackson is a freak, and Michael Vick says he's five times better than he was in college. Is the Heisman his to lose? Plus USC, Notre Dame, Auburn, and Oregon are all struggling, time to hit the panic button? All that and a preview of key Week 4 matchups with Rob Stone and Bruce Feldman.

Joel Klatt is joined by Colorado head coach Mike MacIntyre joins Joel Klatt to discuss the team being ranked for the first time since...
Let's Go!