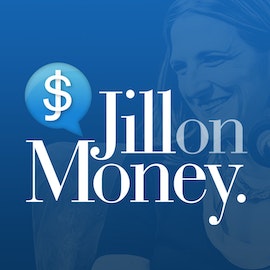 A couple weeks ago, we devoted the entire interview portion of the podcast to the hotly debated Department of Labor fiduciary rule, which was set to begin implementation on April 10. We taped that interview just days before President Trump signed a Memorandum that instructs the DOL to examine the rule “to determine whether it may adversely affect the ability of Americans to gain access to retirement information and financial advice.” In other words, the fiduciary rule could be toast. Well, not on this show--it’s going to be a running theme on Better Off because as a CERTIFIED FINANCIAL PLANNER™, fiduciary is an issue about which I’m deeply passionate. So is our guest this week, Betterment CEO Jon Stein. By now it’s no secret that Betterment is the sponsor of Better Off. But that’s not the reason why we’re having Jon on today. Jon has been an industry leader on the issue of fiduciary, publishing an open letter to President Trump, and voicing his company’s support for the rule. Jon’s take is simple and one that should resonate: U.S. investors should be able to trust that the financial advice they’re getting is in their best interest. As he stated in the letter, “Investing can be made intentionally complicated, and salesmen are clever. Left to its own devices, the investment industry for decades sold bad products to Americans.” The good news is that Jon and I are not alone. There’s support out there from plenty of high-profile people, including U.S. Sen. Elizabeth Warren, D-Mass., who penned a letter to the DOL highlighting support for the fiduciary rule from several financial institutions, including Betterment, adding that a delay “would be a slap in the face to the companies that have invested, in good faith, for a deadline that has stood for the past year -- and to the everyday worker deserving of the assurance that their retirement adviser is working in their best interest.” Safe to say Jon and I have plenty to discuss! “Better Off” is sponsored by Betterment. For more information on this and past episodes, visit www.betterment.com/resources/topics/inside-betterment/better-off-podcast/ "Better Off" theme music is by Joel Goodman, www.joelgoodman.com.

On this week's BONUS call we talk about navigating the tricky world of student loans with Ashley. Let's just say that Ashley and her...
Let's Go!

For the BONUS call this week we chatted with Brian from Seattle who plans on leaving his Roth IRA to his two kids...since this won't be...
Let's Go!