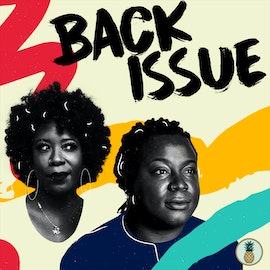 That Time We Told Y'all To Check Out 'Okay, Now Listen'

That Time We Told Y'all To Check Out 'Okay, Now Listen'

This week, we're popping back into your feeds to share an extra special episode from one of our favorite pop culture rewind podcasts: ''Okay Now Listen,' hosted by Scottie Beam and Sylvia Obell!On this episode, Scottie and Sylvia share the excitement of their new series 'Get You A Me," their brand new series on Netflix's 'Still Watching Netflix' YouTube channel. Then, they dive into all the baby mama drama in the air starting with the latest episode of ‘Insecure’ and ending with Summer Walker’s new album ‘Still Over It.’After that, Scottie and Sylvia fan out over the greatness that is 'The Harder They Fall,' Netflix's new all-black Western film. Tune in for the thirst, the fashion, the violence, and some of their favorite scenes including the badass women-led fight scenes. Finally, they rate some of their favorite fighting scenes of all time where fierce women get to battle it out.

That Time We Literally Looked Back At It 🍑 (feat. ✊🏾 Nikki Giovanni, Nichole Perkins, and Savala Nolan)

That Time We Celebrated Surviving 2021