The House Select Committee on Assassinations picks up where Church left off. Nearly four decades after those hearings, Nina visits...
Let's Go!

After 11 months in prison, Howard is granted a pardon. But Nina has more questions. How is Howard's story connected to the other threads...
Let's Go!

Howard goes underground and emerges as Gary Tredway. He gets married. There are dangerously close calls, but he gets away with it for...
Let's Go!

Howard and others are arrested by the FBI and put on trial by the feds. For reasons neither Nina’s father nor his clients understand,...
Let's Go!

In this episode, we return to St. Louis. Nina learns about the FBI's harassment of her father's clients, Percy Green and Jane Sauer,...
Let's Go!

The shadow of J. Edgar Hoover’s FBI looms over this story: from surveillance of left-leaning student protestors to harassment of Dr....
Let's Go!

While Nina searches for Howard Mechanic, she discovers the story of another fugitive from Missouri: James Earl Ray. In 1967, Ray escaped...
Let's Go!

Our story begins in St. Louis, where host Nina Gilden Seavey recounts how the FBI surveilled her family in the 1970s to keep an eye on...
Let's Go!

Nina Gilden Seavey was twelve on May 4, 1970, the day an Air Force building in St. Louis burned to the ground. Her dad represented a...
Let's Go!

Nina Gilden Seavey was twelve on May 4, 1970, the day an Air Force building in St. Louis burned to the ground. Her dad represented a young man arrested in connection with the fire: Howard Mechanic. Facing serious federal time, Howard fled and became one of the longest running fugitives in U.S. history. As an adult, Nina picked up the trail. What ever happened to Howard Mechanic?

This eight-part series is the tangled story of her search for answers. Hundreds of Freedom of Information requests. Hundreds of thousands of pages of documents. FBI surveillance and confidential informants. Russian moles, conspiracy theories, and the murder of a civil rights icon. And the sacrifices America makes in the name of national security.

who you need to know

Nina Gilden Seavey is an Emmy Award-winning documentarian with a 30-year career in the non-fiction world. Gilden Seavey is the daughter of late civil rights attorney Louis Gilden. “My Fugitive” was borne out of her curiosity about the wrongful conviction of her father’s client, Howard Mechanic, who went on the run for 28 years. It took 10 years, 358 Freedom of Information Act requests, and a lawsuit against the FBI, CIA, and the National Archives to finally bring this story to life.

Louis Gilden was a long-time civil rights attorney in St. Louis. Gilden was the father of Nina Gilden Seavey and represented many of the St. Louis-based activists in “My Fugitive,” including Howard Mechanic. Gilden won the case McDonnell Douglas v. Green in the U.S. Supreme Court, which was a landmark decision in equal employment law. Gilden was both targeted and protected by the FBI during the course of his career.

Howard Mechanic was a student at Washington University when he was convicted on charges relating to the burning of the ROTC building on May 4, 1970. After his appeals were all denied, Mechanic failed to appear to serve his sentence and spent the next 28 years as a fugitive from justice.

Dr. Martin Luther King Jr. was a preacher and iconic leader of the Civil Rights Movement. He was spied upon and harassed by J. Edgar Hoover’s FBI for years. In an infamous action against King in 1964, the FBI sent an anonymous letter to King’s home suggesting that he commit suicide. On April 4th, 1968, King was assassinated by James Earl Ray. To this day, there are still unanswered questions about the compelling evidence of a conspiracy in his assassination and the FBI’s failure to fully investigate his death.

Stanley Levison was a businessman and attorney who became a close advisor to Dr. Martin Luther King Jr. He was considered by many to be Dr. King’s “best white friend.” Prior to his friendship with Dr. King, Levison was also one of the lead finance administrators and a major contributor to the Communist Party USA. Despite evidence that he was no longer active within Communist Party when he befriended King, the FBI targeted Levison under the belief that his Communist ties and ideology were infiltrating the Civil Rights Movement. The FBI’s interest in surveilling King began in earnest when they discovered his friendship with Levison.

James Earl Ray was a fugitive from the Missouri State Penitentiary when he assassinated Dr. Martin Luther King Jr. in Memphis on April 4th, 1968. After the assassination, he was on the run for two months and was the target of what became the FBI’s most extensive and expensive international manhunt to that time. Ray was arrested in London on June 8, 1968. After initially pleading guilty to the killing of King, he recanted his plea three days later. Until his death in 1998, he claimed he did not pull the trigger that killed Dr. King.

J. Edgar Hoover was the infamous director of the FBI who served for almost 48 years. In 1956, he initiated COINTELPRO, Counterintelligence Program, which targeted individuals and groups including: Communist Party USA, Socialist Workers Party, white hate groups, Black nationalist groups, and the New Left among others. During this time, the FBI used illegal methods to undermine and gather intelligence on these groups in total secrecy before COINTELPRO was first revealed to the public in 1971.

J. Wallace LaPrade was an FBI agent who was a favored and faithful acolyte of J. Edgar Hoover’s. He was entrusted with access and leadership into some of the agency's most top-secret missions, including Operation SOLO. He also planted a bug in Dr. Martin Luther King Jr.'s hotel room while serving as a field agent on a COINTELPRO operation. He was the Special Agent in Charge (SAC) of the St. Louis office of the FBI during prosecutions of the student activists at Washington University. After his departure from St. Louis, LaPrade was eventually promoted to Assistant Director in Charge of the New York field office. It was in New York that he was ultimately named as an unindicted co-conspirator in the bugging of the families of the Weather Underground. He was fired from the FBI in 1978.

The Childs brothers were activists with communist roots who later turned and became informants and double agents for the FBI. While working with the FBI for nearly three decades, they infiltrated the top echelons of the Communist Party through the covert operation known as Operation SOLO. Only a handful of people ever knew about Operation SOLO while it was active - not the President of the United States, not the Secretaries of State or Defense, not the Director of the CIA. Morris Childs was so successful in his counterintelligence efforts that he was awarded both the Order of the Red Banner by the Soviet Union and the Presidential Medal of Freedom by the United States.

Frank Church was a United States Senator (D-ID) who chaired the 1975 United States Senate Select Committee to Study Governmental Operations with Respect to Intelligence Activities (also known as the Church Committee). The Church Committee was the first time that the FBI was held accountable for the abuses of power that took place during J. Edgar Hoover’s tenure as director. When the committee released the first pieces of evidence that the FBI had surveilled and harrassed Dr. Martin Luther King Jr, there was a push by the Southern Christian Leadership Conference to publicize all of the King files that were collected by the FBI. However, a judge ruled against the organization and those files were placed under seal until 2027.

Robert Blakey was the Chief Counsel of the House Select Committee on Assassinations (HSCA) which formed in 1976. The committee, chaired by Louis Stokes (D-OH), focused on the killings of President John F. Kennedy and Dr. Martin Luther King Jr. The committee concluded that while James Earl Ray was the shooter who killed Dr. Martin Luther King Jr., there was strong evidence of a conspiracy involving collaborators with Ray that was never investigated by the FBI at the time of the assassination and in its aftermath. 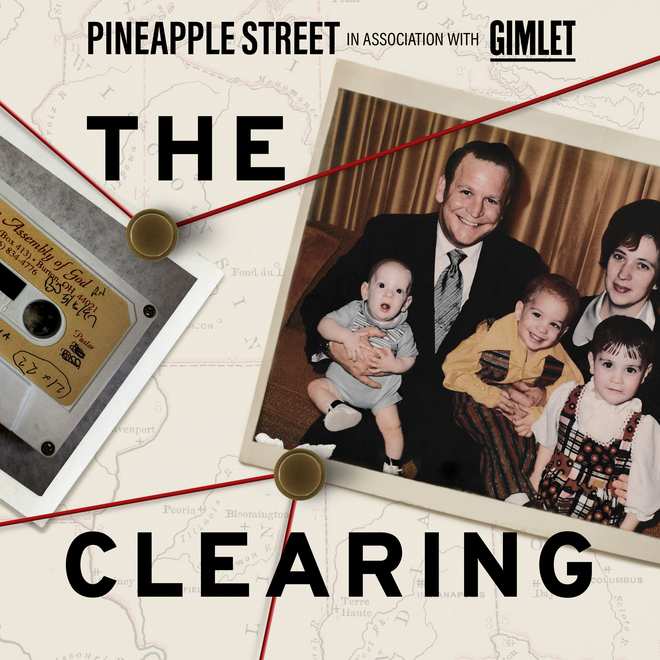 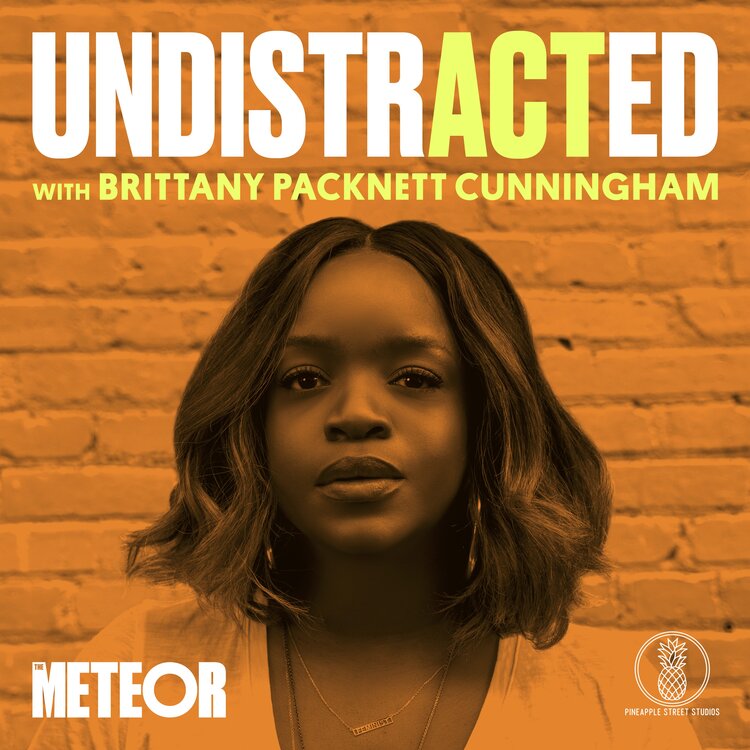 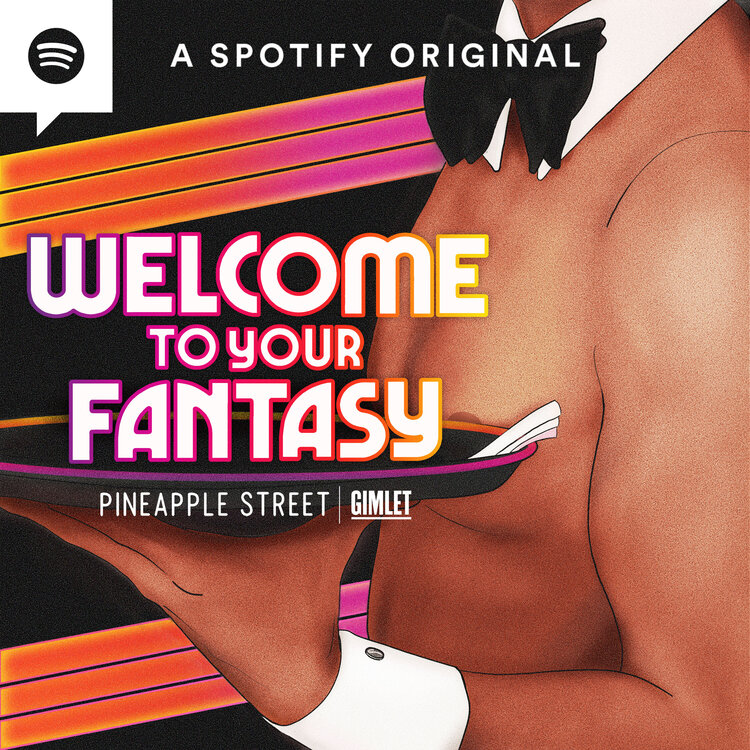 Welcome to Your Fantasy

The Catch and Kill Podcast

The Kennedys and Hoover

DOJ Building that housed the FBI in 1970

FBI Wire and Recording Device Circa 1970

"We Will Make an Example of Them."

Where is Howard Mechanic?

Janet and Howard after the Pardon

Members of the Church Committee meet

No investigation of MLK Murder will occur

Founded in 2016 in Brooklyn by Jenna Weiss-Berman and Max Linsky, PSS makes high-quality original and partner podcasts. From cinematic investigative series to thoughtful talk shows our work reflects a diversity of ideas, interests, and identities — all of them created with the same commitment to quality. Twelve of our shows have reached number one on the Apple Podcast charts.

Supported by the Gotham Film and Media Institute - thegotham.org

With additional production support from Xandra Ellin. The show is edited by Joel Lovell with support from Maddy Sprung-Keyser Research and fact-checking by Charles Richter and Ben Phelan

Founded in 2016 in Brooklyn by Jenna Weiss-Berman and Max Linsky, PSS makes high-quality original and partner podcasts. From cinematic investigative series to thoughtful talk shows our work reflects a diversity of ideas, interests, and identities — all of them created with the same commitment to quality. Twelve of our shows have reached number one on the Apple Podcast charts.

Supported by the Gotham Film and Media Institute - thegotham.org

With additional production support from Xandra Ellin. The show is edited by Joel Lovell with support from Maddy Sprung-Keyser Research and fact-checking by Charles Richter and Ben Phelan